In my political science major for university one of my papers gives 20% of the grade for contributing weekly to an online discussion board. Kind of like a forum for pols geeks. I love it.

Each week you can gain up to 3 marks – 0 being ‘no contribution’ and 3 being ‘particularly insightful’, and you need to gain 24 marks for the full 20%.

We began with Thucydides – History of the Peloponnesian War

Overall I found the document – especially Thucydides rare interjections of personal opinion to be insightful, and strikingly valid not only for his time frame, but throughout history.

He warns in his opening paragraph to ‘not be misled by the exaggerated fancies of the poets’ and, although he feels his account will be an ‘account for all ages’ he recognizes that any mans writing will have flaws and gaps for ‘eye-witnesses of the same occurrences gave different accounts of them’. His point that any onlookers would be more interested in the actions of one side over another, and therefore will have recounted the same occurrence from an entirely different lens was such a simple point, yet so very very valid. How often do we get wrapped up in our own stories without stopping to think how it might be affecting other people.

Through Pericle’s Funeral Oration he makes the point that ‘mankind are tolerant of the praises of others so long as each hearer thinks he can do as well or nearly as well himself’. This same idea of ‘Tall Poppy Syndrome is still commented on as part of the New Zealand culture as well. (It is certainly something I have experienced and noticed growing up, particularly in rural areas). It does seem important that this strain of jealousy has been important enough in human culture and history to be commented on in some of the most lasting works of literacy throughout our written history both in works of fiction (Shakespeare’s Iago springs to mind) and non-fiction.

Yet in saying this, Pericles goes on the mention how Athens grows great in the image of it’s fallen warriors, and how it’s warriors grow great in the light of the state. It would seem he is commenting that it is not ok for a single man to become great on his own merits, but when done for the good of the state it is justifiable, and only those who were truly selfless in their devotion to Athens would be worthy of praise.

To link these points however, in his introduction, Thucydides mentioned he felt the true cause of the war was the Lacedaemonian’s fear/jealousy of Athens great power – Is tall poppy syndrome not merely confined to our individual interactions? Are then the actions of states pure representations of the realities of human nature? And in saying this, if humanity were more accepting of each others differences/points of weakness/points of strength on the domestic level, would that translate into less inter-state conflict? I guess what I am trying to say is that the state is merely the overarching expression of human nature – so rather that looking for causes of war and large scale conflict, perhaps we should be looking a little closer to home, looking at ourselves as individuals. Like Thucydides says, there are always other, publicly alleged reasons to justify conflict. Are these merely excuses to cover our own fear and jealousy?

If only it were that simple… if humanity learned to overcome fear/insecurity/jealousy there would be no more war and conflict….

I am not dealing with my anger and conflict well lately, and get worked up easily. I am tired all the time and have trouble concentrating (which is an issue when I am currently trying to attempt a double degree, one of which is Law).

Men, you should stop reading here.

8 months ago, I went to my doctor for a standard check up – we have excellent health services through the university which are covered by our fees, so I thought I might as well make the most of it! In the course of the appointment, the doctor found out the birth control I had been using for the last four years to control my migraines, could potentially have bad side effects, since I get the type of migraines with auras.

At that point, I was a straight A student, with lots of energy, no monthly mood swings, and so much compassion and time for everyone else in my life. It was excellent. If I ever get back to that, I will never take it for granted.

The doctor recommended a different kind of pill, and said it may take a few weeks for my body to readjust and to give it time. Quite happy with this, I started taking the new medication. Well, 12 weeks later, I was tired, moody, my nails were snapping and breaking and I was extremely pale – the reason? I hadn’t stopped bleeding since starting the new pill. Well and truly fed up, I returned to my doctor.

Convinced that I had given that pill my best shot, my doctor recommended a different brand – which was also much more expensive. Also a series of blood tests, which indicated my iron levels were well below the healthy range and I was severely anemic. Unfortunately by this stage, the anemia had taken quite the toll on my social and academic life – I never had the energy to go out, and if I did, it would take days to recover. I would get 12 hours sleep a night, and wake up in the morning so exhausted I almost vomited, and struggled to concentrate in my classes. That semester, my grades dropped to a B- average.

My poor fiance, had no idea how to deal with what I was going through, it’s quite hard to explain to someone that your life is falling to pieces because you are ‘tired’. I had gone from super understanding, thoughtful, caring partner, to super moody bitch.

Oh also? my skin is worse than it was when I went through puberty. Gross.

So I tried the other pill. No luck. Went back to the doctor. In October last year, we decided to go for a Mirena, which basically is an implant into my uterus, which slowly releases the birth control hormone and lasts for 5 years. The side effects – I should stop bleeding entirely. Sounded like heaven.

Like anything, the doctor warned me it may take a while for my body to adjust. Initially I was having light bleeding, which I figured would stop. And it did! Yay! for the first time in 4 months, I WASN’T BLEEDING.

It lasted a week.

Since then, I have lost so much blood. Every day. Non-Stop. Let me tell you, It’s doing wonders for my sex life, not.

I have been taking iron supplements for months, trying to keep up my levels as fast as I am losing it. I certainly don’t feel as bad as I used to, but synthetic iron replacement isn’t quite as good as just not losing it in the first place.

Back to the doctor today. I wanted to tell her to GET THIS THING OUT OF ME. And please god, just let me go back on the pill I was on before.

She starts throwing around phrases like ‘see a specialist’, ‘you need an ultra-sound’, ‘have you got health insurance’, ‘more blood tests’. And no chance of going back to my other pill, by the way, apparently it causes strokes for people like me.

So here’s the deal; for the last 8 months, I’ve been bleeding 80% of the time. I’m exhausted, hormonal and my grades have dropped. Hoping my doctor could help me today, all I get is some medication to stop the bleeding in the short term until we suss out the problem (which also has the side effect of nausea, yay) and some more iron supplements. I have to get my third blood test in six months, I mean, cause who doesn’t love needles? and then sort out insurance claim forms to cover the cost of having an ultra sound (which by the way, doesn’t fix anything, just tells us whether the Mirena is even in the right place). If it’s in the wrong place, we take it out, and start again, and if it’s in the right place, then I’m just special, and it isn’t working – next step, see a specialist. Because I totally have time for that.

I don’t have the energy to focus on any one else except me at the moment. My course load expects about 45 hours a week, I do another 10 hours a week part time work to pay the bills, and then this. I need to be selfish, I need to take care of myself, I can’t deal with anything else right now.

That isn’t too unreasonable – it’s only until I’m healthy again. 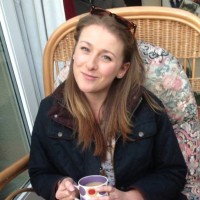 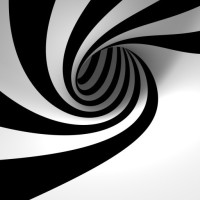 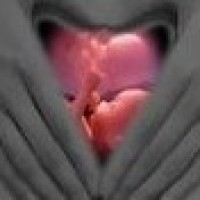 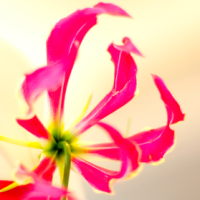 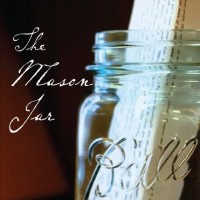